Most frequent reasons for sick leave and how to prevent them

Of course it is not possible to prevent all diseases. However, there is a lot that can be done, especially in the area of the most common reasons for sick leave.

According to statistics, diseases of the musculoskeletal system (21.2 percent), the psyche (17.1 percent) and the respiratory organs (14.5 percent) were the most common reasons for days of incapacity to work in Germany in 2020.

It is striking that in the area of psychological problems the numbers have risen sharply in recent years.

On average, German employees miss just under 20 days of work each year due to sick leave.

For adults aged 18 to 79, the estimated overall prevalence for mental illness is 27.7 percent.

In the majority of cases, the problems are as follows:

There are a frightening number of people who are affected by burnout syndrome. In recent years, a drastic increase in sick leave has been recorded here.

It is often caused by chronic stress and an overload in the professional as well as private sphere. Work addiction can also be the reason for burnout.

A stressful life is often unavoidable in today’s fast-paced world.

“Regularly questioning one’s well-being is an important process for maintaining mental health. Accumulated frustration, anger, fear or even trauma that has not yet been overcome can have far-reaching consequences on mental health. Early discussions with trained professionals are absolutely recommended.”

In the course of widespread digitalization, it is now possible to take advantage of the opportunities offered by so-called telemedicine.

Interesting insights on this topic can be found in the Mental Health Report.

Their advantage is that we can benefit from specialist advice without increasing stress, which can be caused by seeing a therapist, for example.

Telemedicine makes it possible to get medical advice without the hassle of leaving the comfort of your own four walls. 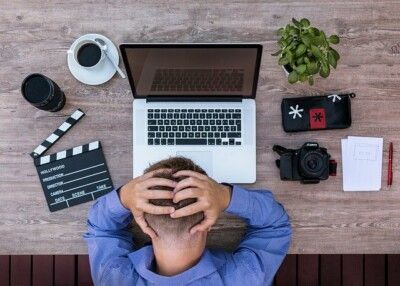 Many diseases of the musculoskeletal system are based on overload, which occurs increasingly at work.

If MSE (musculoskeletal disorder) is suspected, the orthopedist is the right place to go for a diagnosis.

Two different paths are now available to us:

In fact, the doctor on the Internet is already a reality. The latter can also diagnose numerous illnesses and symptoms.

It also disposes ggfs. About the possibility of making a referral to an appropriate specialist.

If they occur due to work, they are usually “specific low back pain”.

They are often caused by a combination of several factors: For example, prolonged sitting, one-sided stress, lack of exercise, poorly developed back muscles and possibly obesity.

There are a number of preventative measures that can be taken by both employers and employees:

Acute respiratory illnesses, including the classics cold, cough and hoarseness, cause many employees to miss days of work every year.

Although inflamed sinuses and bronchitis have an extremely negative effect on our sense of well-being, they are surprisingly rarely on the yellow slip.

Bosses and employees should take the following advice to heart: We should listen more to our body as well as our soul.

This enables us to recognize the first signs at an early stage and react to them – worse effects and possible sick leave can be avoided.

For the prevention of respiratory diseases a strong immune defense is particularly important. The following factors contribute to this.

They play an important role in our immune system. Dairy products, fruits, vegetables and vegetable oils contain a large amount of antioxidants.

These provide neutralization of free radicals that can damage our cells.

In addition, vitamin-rich food is a good basis for keeping our defenses in shape.

Since a large part of the vitamins can not be produced in sufficient quantities by our organism, we must take them through certain foods.

Fruits and vegetables also contain phytochemicals that protect us from many different diseases. For example

have an antioxidant effect, which has a positive effect on our blood pressure.

In addition, numerous minerals strengthen our immune system, including zinc.

It has antiviral properties that assist in fighting off cold viruses.

Good sources of zinc include whole-grain products and beef. 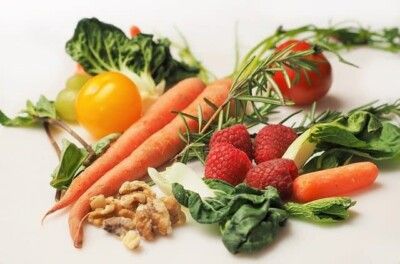 Stress and too little sleep also weaken our body’s defenses, which makes it easy for pathogens to attack our bodies.

While a cold is often limited to the mucous membranes of the nose when the immune system is strong, the corresponding viruses spread much further when there are too few defenses in place.

They can affect the bronchial tubes, sinuses and mucous membranes of the throat and lead to a long-lasting illness including sick leave.

Exercise in fresh air and moderate use of sports

Walks in the open air as well as not too strenuous sports sessions improve our immune system. However, attention should be paid to exercise in moderation.

Studies have shown that professional athletes are sick more often because they are constantly performing at high levels.

Any great exertion and exhaustion puts a strain on our defenses.

This makes our body more susceptible to bacterial as well as viral attacks – even over a period of up to ten days after a significant load.

You may have missed

Beet and its healing properties in many areas

Gran Canaria, health refueling with the best climate and much more!